Henry Johnson Charter School fully embraces the importance of helping scholars develop sound character and positive values. As reflected in our tag line, “Building Character” precedes “Achieving Excellence”—not because character is more important but because it is the primary component necessary to the achievement of excellence, whether in one’s academic or personal life. Attention to

Attention to character is, therefore, central to the Henry Johnson program and a part of every day in our school. During daily morning meeting times, teachers use “Proactivity” to support character discussions using a three-tier approach that includes proverbs, poetry, and positive stories. As a school comunity we place emphasis on the necessity and importance of making good choices.

Each month a different Core Value is explored. Each class discusses the value throughout the month, reads stories, memorizes proverbs and poetry pertaining to the value, and provides incentives and awards for scholars who work hard to demonstrate that core value in school.

To achieve academic success and build exceptional character for all of our scholars, the Henry Johnson Charter School has the following goals:

1. All Kindergarten scholars will achieve at least one year of growth in reading and math

2. All scholars who are new to HJCS will achieve at least 1.5 years of growth in reading and math

3. All scholars who have attended HJCS for one or more years will achieve at least 1.5 years of growth in reading and math

4. All scholars will be able to write proficiently on demand across three genres

5. Every scholar will lead a parent conference

1. 85% of scholars will read on or above grade-level by the end of the year

3. 85% of scholars will achieve proficiency on grade-level assessments

1. 85% of scholars will demonstrate significant growth across three writing genres

2. 85% of 3rd and 4th grade scholars will write proficiently across all three genres

1. 85% of scholars will achieve proficiency on grade-level assessments

1. Every scholar will develop a measurable learning goal in reading, writing, and math

2. Every scholar will be able to progress monitor their own learning goals

3. Every scholar will be able to articulate their individual academic progress during a scholar-led parent conference

DIGNITY FOR ALL STUDENTS ACT

A scholar’s ability to learn and to meet high academic standards, and a school’s ability to educate its scholars is compromised by incidents of discrimination or harassment including bulling, taunting, or intimidation. The Dignity Act makes it official policy of New York State that all scholars in public schools have the right to an education free of discrimination and harassment.

To promote civility in public schools, and to prevent and prohibit conduct which is inconsistent with a school’s educational mission, the Dignity Act requires every school district in New York State to include an age appropriate version of the policy in its code of conduct. The Dignity Act addresses material incidents of harassment and discrimination of scholar by scholar, as well as of scholars by faculty or staff.

The Dignity Act includes, but is not limited to, acts of discrimination and harassment based on a scholar’s race, color, weight, national origin, ethnic group, religion, religious practice, disability, sexual orientation, gender (defined to include gender identity or expression), or sex.

Our research-based math and reading programs are aligned with the National Common Core Standards. Classes in Social Studies, Science, Art, Music, Computers, Library, and Physical Education complete the array of subject areas that scholars will explore and develop proficiency in. The curriculum is designed to meet the individual needs of our scholars while providing a focus on attainment and mastery of the State and Common Core Standards. We call your children “scholars” to reflect our focus on learning as well as our belief that all scholars can succeed in an environment of high expectations.

The following are the curriculum materials we use at Henry Johnson: 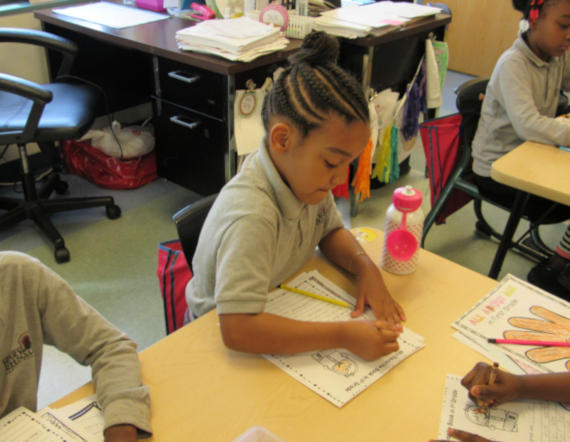 © 2020 Henry Johnson Charter School. All rights reserved. Click here for the Parent's Bill of Rights.
This website is maintained by Value Vision Web. HJCS is not responsible for facts or opinions contained on any linked site. Some links and features on this site require the Adobe Acrobat Reader to view. Visit the Adobe website to download the free Acrobat Reader. Copyright © 2019. All rights reserved